It's this time of year when Humphrey (the dragon) comes in handy.  I can send him out to the pumpkin fields and he will light them up.  At first, we had some issues with the command "light them up".  Humphrey heard the command as "bonfire in pumpkin patch". The volunteer fire department were able to save the house but the field was toast.

Now that Humphrey has improved pyro control we can let him loose with the command "light them up".

Does anyone know what to do with a dragon for the rest of the year?  He's handy for winter fires ~ the ones in the fireplace, but he's pricey to feed and house. 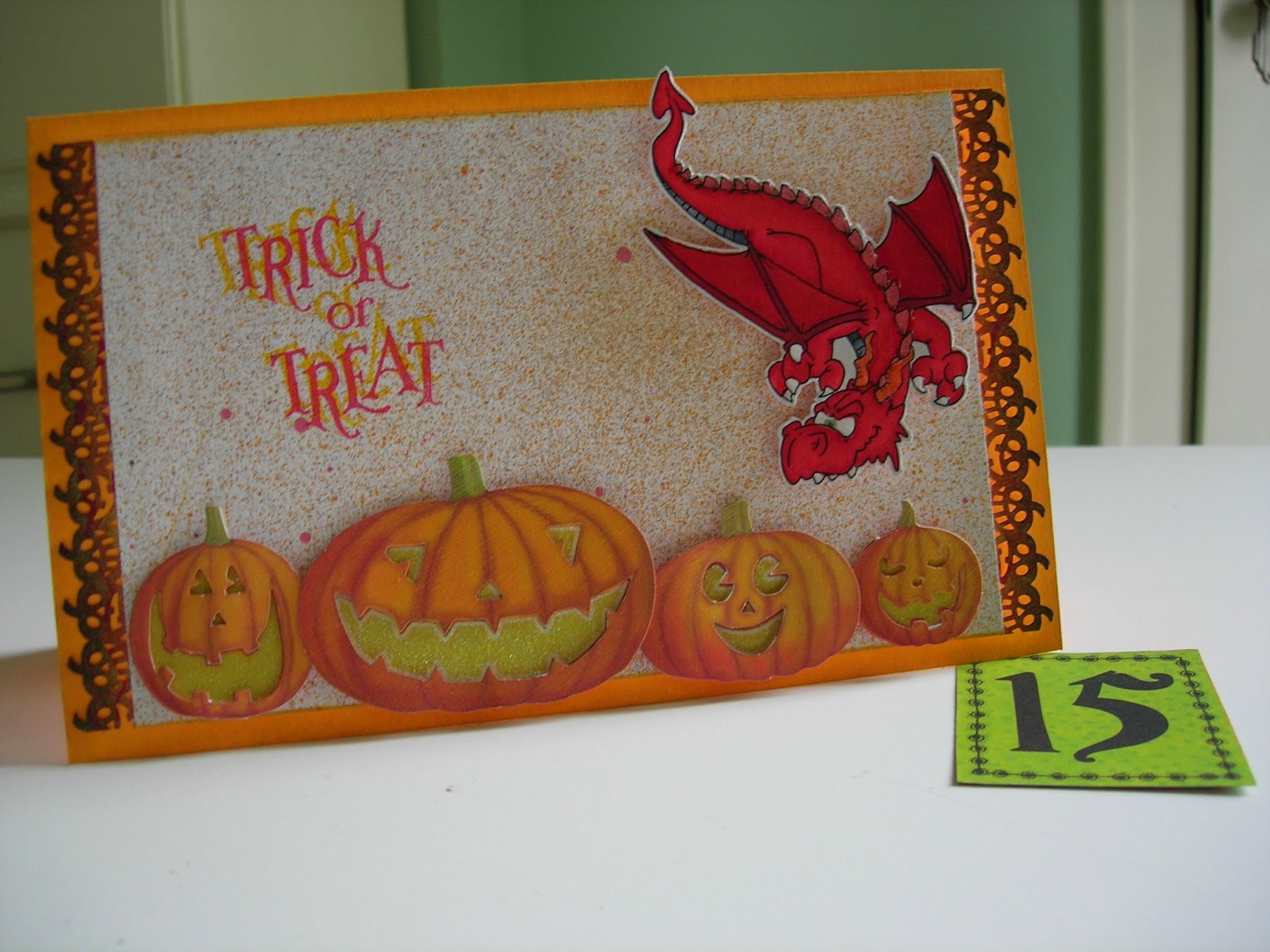 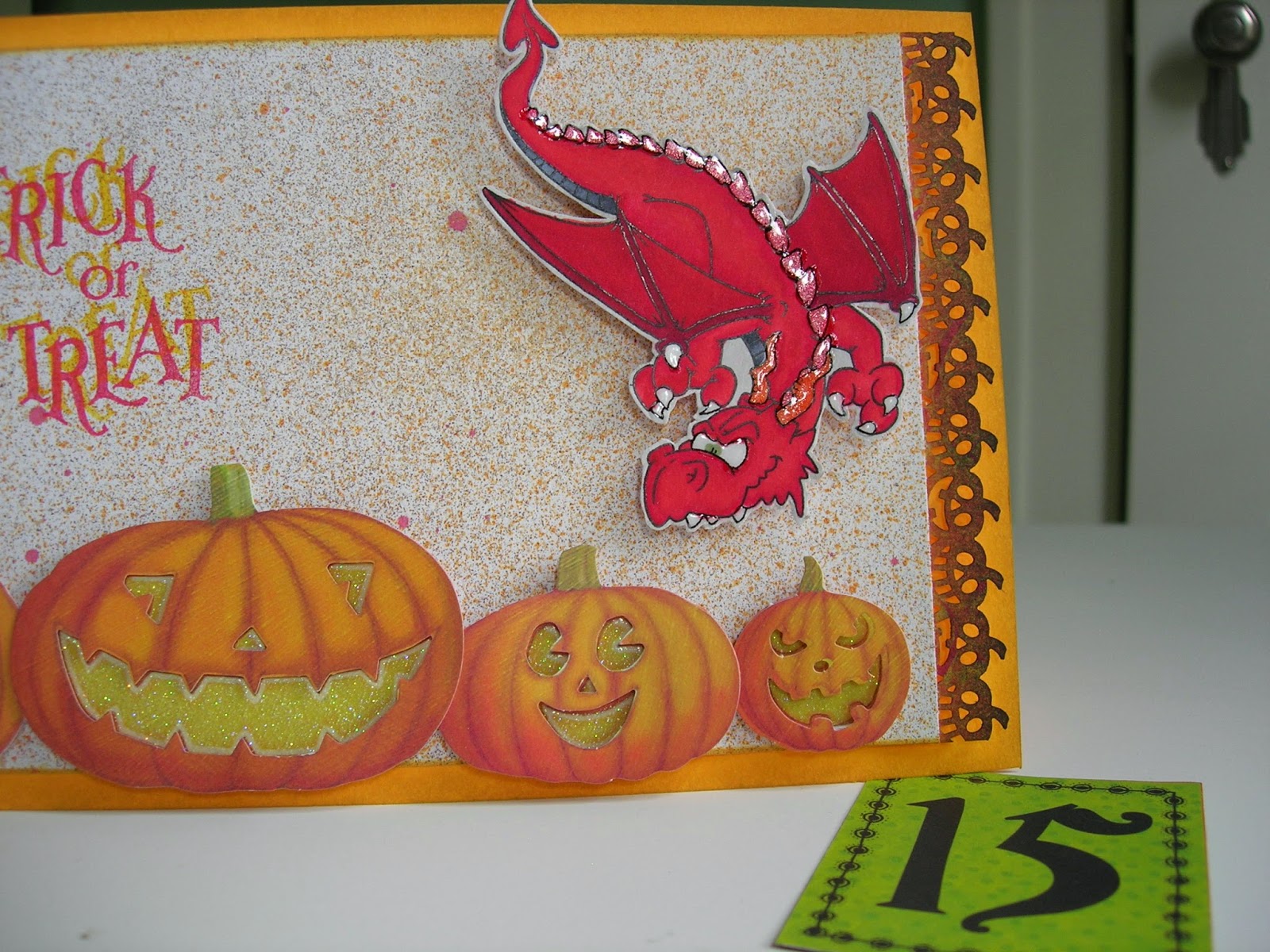 dragon stamp: Dustin Pike "Fly Dragon"
sentiment stamp: Inkadinkadoo
border punch: EK Success
pumpkins: K&Company
background paper: created with Smooch Spritz (can't tell you what colour ~ i just used the ones that would spritz and not splot on the page)
Posted by xfilekc at 6:00 am