Welcome to Day 23. I was hoping to save this project for the 31st but I couldn't finish a darn thing today.

Specimen 31 was created for the Halloween Home Decor Swap and mailed to Tori. 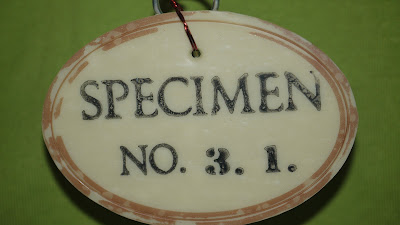 This specimen was found in an abandoned warehouse and immediately sent to Quantico for analysis. Due to the horrifying nature of the specimen it was fast tracked to special agents Mulder and Scully. 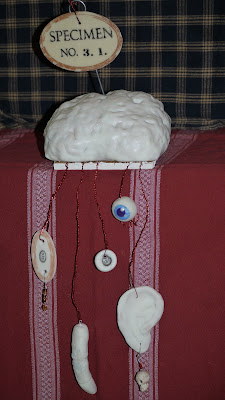 The specimen included an assortment of body parts - brain, eyeball, ear and a skeletal finger with a couple of tags.
A case file was opened, X-File 10312012 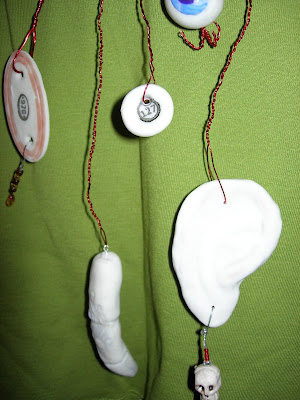 The ear still dangled an earring with a miniture skull. Eewww! 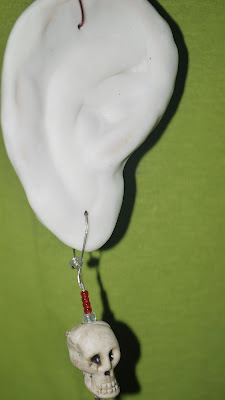 Yes folks that is a finger, it is not an ummmm, whatever you're thinking. The agents observed that the finger had been tattooed with a flaming skull. 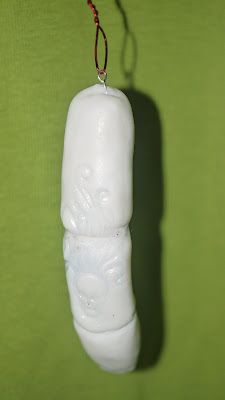 When the lights were out the specimen glowed in the dark, creepy. After an examination of the remains Special Agent Scully determined that the body parts were in fact human (female) but the brain was not. Agent Mulder proposed that it could belong to an alien or other supernatural being - oh sure, I want to believe but.......

Your next stop is