This is an annual event which has grown to epic proportions. Some background is required to understand the significance of this day (the last Saturday before Halloween). Each year Wayne would set out his pumpkin people bodies while his girls were at school. It was a wonderful tradition that might have ended in 1998 when Wayne passed away in his sleep. 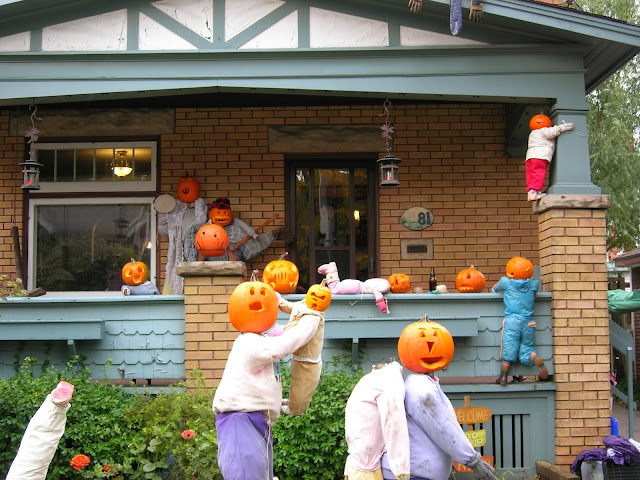 ﻿
The next year, family, friends and neighbours helped Barb and her daughters Beth and Stephanie put up the pumpkin people in honour of Wayne and their family.

Since then the annual event has grown in size and scope with friends showing up to carve, eat some treats and socialize.


Saturday morning's weather could be described as unpredictable with strong winds, rain and then SNOW!  Barb said Wayne must be looking down on us from heaven saying "You can do it, you can do it".  By lunch the weather had settled into a damp and cool day which did not spoil the fun.
﻿

The pumpkin bodies are staked to the ground and the kids (young and young at heart) carve a pumpkin head to go on a particular body.  About 4 years ago, Stephanie's class added a new pumpkin body (hockey player) and set it up in the front yard while the house was asleep. This year my roommate, sister and I added a new pumpkin body, the dog dressed like a unicorn. The gently used unicorn suit was purchased from Valu Village. No, we did not sneak up the street at 2am to set him up. 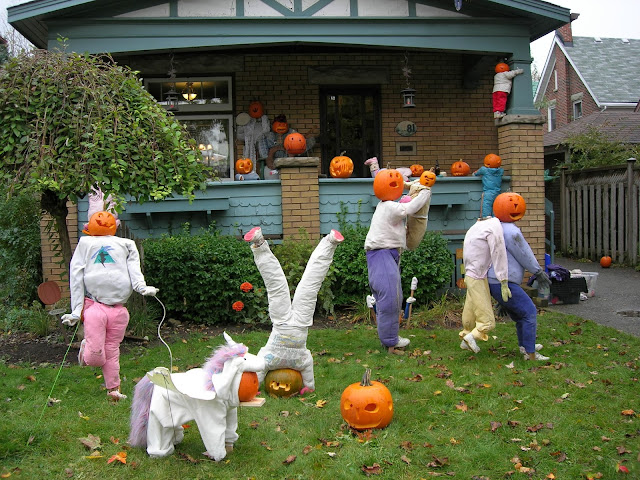 Barb signals that she is safe on the roof and the pumpkin head is secure. Thank goodness for home owners insurance. 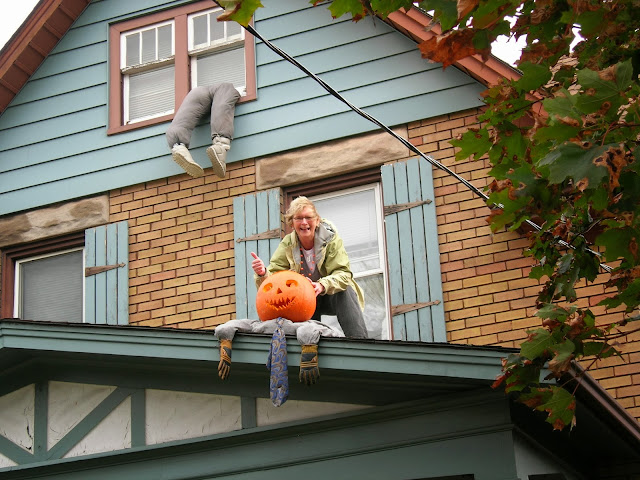 The food table included some new additions this year, a disgusting meat head (prosciotto draped over a skull) and a cheese mold brain (with gelatin so it jiggles).  It took a while before someone dared to scoop out some brain but it went quickly after that. 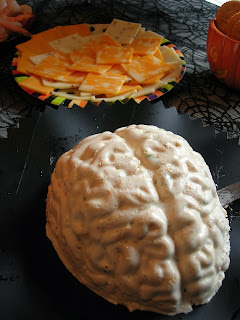 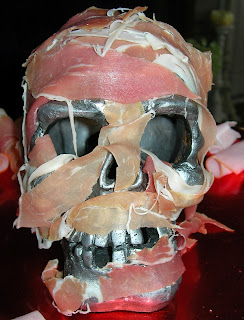 Yummy treats are devoured after the pumpkins are carved.  The hot chocolate and hot apple cider were appreciated on this cool day.﻿ 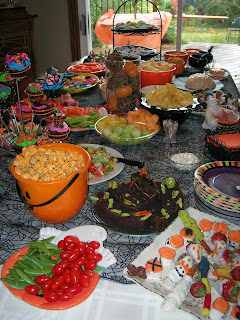 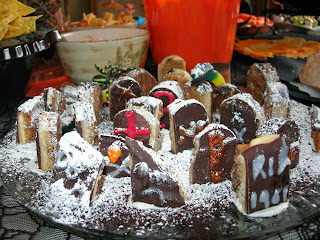 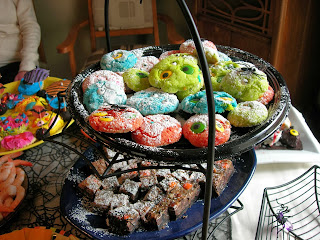 The end result is a wonderful display at the house which catches the eye of passers by, some cars drive around the block twice to get another look.  This year's display was featured in the local newspaper.
Posted by xfilekc at 7:39 am